The aim of this research was to evaluate for the first time protein, oil content, fatty acid profile and sugar composition for the main commercial almond cultivars in Tunisia in comparison to foreigners. Thus, fruits from twelve locals and five introduced cultivars from France, Italy and Spain were analyzed over two years. In fact, total oil content varied from 52.28% (‘Blanco’) to 60.95% (‘Lsen Asfour’) in the first year and from 47.75% (‘Zahaaf’) to 56.15% (‘Mahsouna’) in the second. However, the highest oleic acid content was noted in ‘Francoli’ (76.2%) for both years. It was followed by ‘Sahnoun’ (75.11%) firstly and ‘Abiodh’ (73.02%) secondly. Likewise, the highest linoleic acid content was observed in ‘Porto’ for both studied years (22.87% and 23.67%). The highest palmitic acid content was detected in ‘Porto’ (7.02%) and in ‘Tuono’ for the consecutive years. Sugars profile was quite distinctive among cultivars. The cultivar ‘Porto’ presented the highest total sugars (5.8 g/100g DW) and sucrose contents (4.96 g/100g DW). Nevertheless, protein content doesn’t show extreme values. For both years, the local cultivar ‘Zahaaf’ presented the highest protein content (27 g/100g DW) while introduced French cultivar ‘Fournat de Breznaud’ presented the lowest protein content (17 g/100g DW). All the analyzed components were different significantly according to cultivar and year effects. Results evidenced that the local Tunisian cultivars are highly rich in oil and fatty acids particularly oleic and linoleic acids, confirm the almond kernel as a high nutritional dietetic source and underline the high adaptability of some introduction. 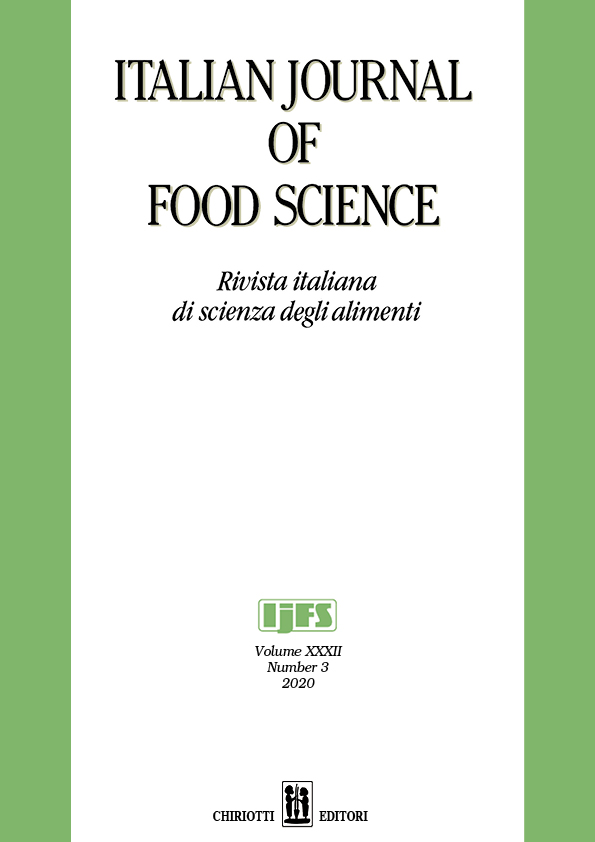 Before publication, after the acceptance of the manuscript, Authors have to sign a Publication Agreement with "Italian Journal of Food Science", granting and assigning to "Italian Journal of Food Science" the perpetual right to distribute the work free of charge by any means and in any parts of the world, including the communication to the public through the journal website.